Time is a Murderer - Chapter Twenty One 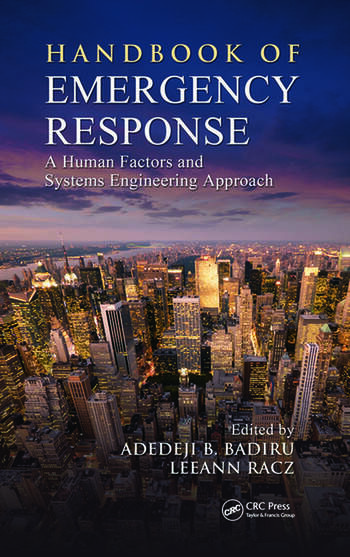 In late 2012, Stephen Devaux was approached by Dr. Adedeji Badiru, Dean of the Graduate School of Engineering and Management at the Air Force Institute of Technology (AFIT) about contributing a chapter to a new book he was editing with Major Leeann Racz, also of AFIT. Dr. Badiru had become aware of Devaux's project management innovations through his 2012 Defense AT&L article "The Drag Efficient: The Missing Quantification of Time on the Critical Path", which Dr. Badiru had re-published as a chapter in his 2012 book Project Management for the Oil and Gas Industry: A World Systems Approach. Devaux wrote Chapter 21, "Time Is a Murderer: The Cost of Critical Path Drag in Emergency Response" for Dr. Badiru's new CRC Press book Handbook of Emergency Response. The chapter, which introduces new techniques such as the Damage Control Time Chart, steps the reader through the process of using critical path drag and drag cost (in human lives) in planning and scheduling optimized response to a disaster such as a major earthquake. It is reprinted on this website with the kind permission of CRC Press.

In early 2015, Stephen Devaux was requested by Peter Mello, Senior Project Management Consultant at TMSA in Brazil, to write an article, specifically for translation into Portuguese and for publication in Brazil, explaining the computation of critical path drag and the benefits that the new scheduling innovation offers. Mr. Mello executed the translation into Portuguese as "A Importancia das novas metrica 'Drag' e 'Custo Drag' na Analise do Caminho Critico." With Mr. Mello's kind permission, the English version of the article "The Importance of the New Metrics Drag and Drag Cost in Critical Path Analysis" is presented here on the Total Project Control (TPC) website.

Now you can discuss different project management issues and techniques on this website! Please follow the below link to the discussion forum.

On this site you will find blogs by Stephen Devaux and guest blogs by other respected members of the Project Management community.